The role of drones in precision agriculture

Farmers and businesses require fertile land, fertilizer, and particular technique to produce high-quality vegetables, fruits, nuts. Few of them still struggle to maintain the ground since they do not know how to start this farming game. Of course, it is a significant effort to cultivate a hundred land hectares, especially if you do not have enough human resources. As an illustration, you may miss water management points while controlling pests and weeds in your land. Often, farmers and businesses do not have enough accurate data before starting farming or planting. At the same time, this is the core for determining a high-quality harvest. However, farmers and businesses in this century are lucky because they will find how smart farming is easy as ABC. Precision agriculture in this industry 4.0 brings benefits both in operation and outcome. It is certainly cannot be separated from the role of drones. You can find the definition of drones and the differences between UAVs and UAS here. It recommends reading so you won't miss several points. Now, let's define the role of drones in precision agriculture and how they can make farmers and agribusiness work more manageable and get to know the kinds of drones.

The role of drones in precision agriculture

One of the most apparent benefits of drone technology is its performance in huge crop and farmland monitoring. Last time, farmers and businesses used satellite or plane imagery to provide a large-scale view of the farm and identify potential problems. These visuals, even so, were not only pricey but also lacked the accuracy that drones can provide. Farmers and businesses can now acquire real-time footage and time-based animation that can illuminate crop steady progress in real-time. Drone mapping and surveying enable technology decisions based on real-time data rather than old imagery.

Weeds and pests cause crop failure in almost all main crops such as wheat, palm oil, soybean, rice, potato, cotton, corn. Precision agriculture has many applications and uses in various agricultural circumstances, including weds and pest control. Drones equipped with unique cameras and sensors capable of detecting specific weeds and pests and GPS technologies that could provide location information for field mapping can aid in accurately tracking large areas in a couple of moments. Drones allow for more precise weed strategic planning, ensuring the efficiency of mechanical methods and reducing herbicide expansion, resulting in lower expenses, a slower onset of weed resistance, and improved biodiversity. Drones can cover numerous hectares within several minutes by flying over the field, delivering photographic information for weeds and pest update identification. Furthermore, farmers and businesses can act as soon as possible to handle the weeds and pests before they destroy the whole crop.

One of the most common uses of drones is to inspect the soil's condition. There are various steps involved in examining the ground in the conventional farming methodology, such as visiting the field manually with equipment and reviewing the prototype of soil for different factors. In contrast, the drone includes a lot of sensors and well-developed equipment for accurately examining the ground and thus giving accurate reports.

Irrigation is still a point of conflict for farmers. With mile after mile of irrigation, problems are unavoidable. Drones integrated with thermal cameras can assist in detecting irrigation problems or regions that receive too little or too much moisture. This data can make crops better settled to optimize drainage, adhere to land runoff, and avoid water pooling, affecting sensitive crops. Water and irrigation issues are costly, but they can also harm crop yields. These problems can identify by employing drone surveying before they become a problem.

Because drones are flying devices, drones effectively spray techniques in precision agriculture. Drone sensors will gather information from farmlands, and pesticides and fertilizers will splash on the crops that require them, focusing on the need. Drone sprayers eliminate the need for farmers and businesses to maneuver areas while carrying bag sprayers, which can be dangerous to health. Drone sprayers convey superfine spray applications that aim to particular areas to improve efficiency and reduce pesticide costs.

The kinds of drones

Fixed-wing hybrid VTOL (Vertical Take-off and Landing) drones are a mixture of UAV (Unmanned Aerial Vehicle) features and the capabilities to fly in one place, retaining hybrid characteristics. With this feature, these drones can take off from a single location and fly vertically for an extended period.

(Aviro Z1 is a professional drone for mapping, thermal imaging, or vegetation health purposes with vertical take-off and landing (VTOL) capabilities, combining the best of both worlds of multi-rotor and fixed-wing drones.)

It's a wrap! Drones are not only for military purposes. Now, this flying device can assist farmers and agribusinesses in maintaining the land effectively and efficiently. 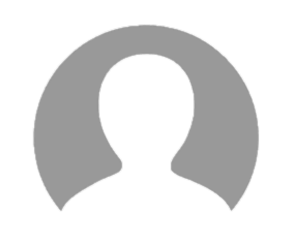 There are so many awesome use cases for drones in agriculture. From mapping, to imaging, to plant health, to elevation mapping, to general surverying... and much, much more. For the price and amount of time it takes to get certified, they are well worth it!